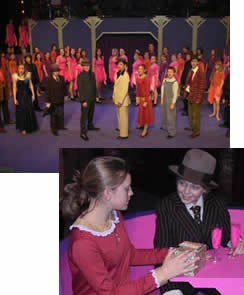 Tickets now on sale for our Christmas 2021 musical

3 more streams of our PYT film this weekend. #thir

Streaming info can be found at www.pyt.org.uk

We made a film! Thirty Awesome Years Streaming sta